Shopify Inc. will open up its e-commerce checkout system to all retailers selling through Google and Facebook Inc., expanding an existing collaboration with the two U.S. giants and marking the first time the Canadian technology company has offered a product to merchants that don’t use its platform.

More than 1 million merchants sell on Facebook and Google platforms, it said; each day more than 1.8 billion people log on to Facebook and a billion shopping sessions take place across Google.

Shop Pay is the fastest checkout system in the world with the best conversion rate—meaning fewer online carts are abandoned by frustrated consumers. Shopify sees little risk that opening up Shop Pay will cause some retailers to cut their ties to the company in favor of doing all business through Google or Facebook

Check out the whole article here!

A FedEx spokesman says the carrier “continues to experience a peak-like surge in package volume due to the explosive growth of e-commerce. ” Despite the high volume, he says, the average transit time for all FedEx Ground shipments delivered during the six months period from December 2020 to May 2021 was 2.2 days.

57% of retailers said they added at least one delivery partner or carrier in the past year. Respondents cited “meet customer demand for increased delivery speed” as the primary reason for adding carriers (70%). Next was “balance delivery costs with customer expectations” (49%) and “offer innovative delivery options to remain competitive” (35%).

Having your orders delivered to you via autonomous drone is getting ever closer. With some of the largest companies in the world now turning their attention to making autonomous delivery a reality, we are seeing major steps forward every year.

“The Drone Express technology enables shoppers to get packages delivered to their current mobile phone location or a street address.”

Check out the original article here!

“The new service, called USPS Connect: Local, will allow retailers to drop the packages at a local postal facility during business hours for next-day delivery. Alternatively, merchants can fill orders overnight and drop off packages in the early morning for same-day delivery.”

“The new USPS Connect services are part of several changes at USPS since the carrier announced the 10-year Delivering for America strategic plan. In April, USPS announced it would make a series of infrastructure investments ahead of the 2021 holiday season.”

Check out the full article here!

“Ecommerce reached $196.66 billion in Q1, up 39.0% year over year from $141.52 billion in the same quarter of 2020. Nearly $1 in every $5 spent on retail purchases came from digital orders, suggesting the pandemic-related boost to online shopping hasn’t tapered off yet.”

Check out the entire article here! 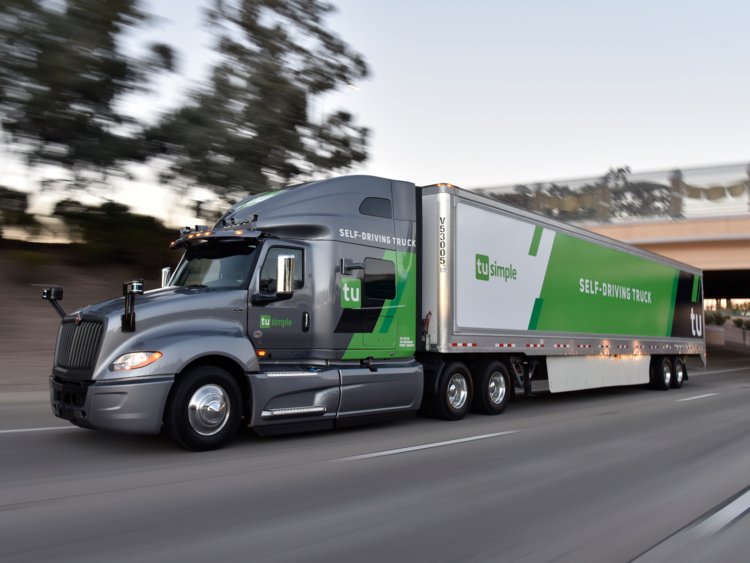 Driving down the highway you might see in the future semi driving autonomously. Driverless trucks will have an impact on not only safety for regular drivers but depending on the technology we could see a surge in how deliveries are made across the continental US.

Will we still have to pay as much for shipping if robots are doing all the driving?

There are many questions still left unanswered but companies like UPS seem to be looking to the future and backing development of autonomous trucks.

Read more in the article here.

Do you have a Vendor Central Account?  If you do, you need to read this! FedEx Corporation FDX recently announced its intention to not renew the contract with Amazon.com, Inc. AMZN for providing the latter with domestic express delivery services. However, on cessation of the contract come Jun 30, the company’s relationship with the e-commerce giant will be intact with regard to international services or domestic operations at other units, such as the FedEx Ground.

With the company expecting average daily volume for small parcels in the United States to double by 2026, the decision is aimed at focusing on the broader e-commerce market. Company spokeswoman Katie Wassmer stated that it’s “a strategic decision” to target numerous other retailers, such as Target, Walgreens and Walmart.

Per Wassmer, last year, FedEx generated less than 1.3% of the total revenues from its contract with Amazon. Although insignificant, the company is likely to see a margin decline in the near-term. Meanwhile, FedEx’s rival United Parcel Service, Inc. UPS accounts for a larger share of revenues from its deal with Amazon. The USPS’s net loss for the quarter was $2.1 billion, up $747 million from 2018. The so-called controllable net loss was $806 million, after backing out mandated and unfunded retiree benefits and worker’s compensation expense adjustments, up from $656 million in the year-ago quarter.

The USPS reported shipping and package revenue was up $253 million or 4.9%, but volume increased just 0.3%, so its yield per item is increasing.

“The Postal Service continues to pursue aggressive management actions and to seek legislative and regulatory reforms to address our overall cost structure and enhance revenue-generating opportunities,” said Postmaster General and CEO Megan Brennan in a release. “Our focus remains on meeting the expectations of the American public, continuing to invest in the future of the organization, and continually delivering innovations and increased value for both the senders and receivers of mail and packages.”